Bad memories and traumatic experiences keep you awake, night after night. But one night you fall out of your bed and realize, you are not in your own house, but some unknown place. A place know as "Insomnia".

Insomnia: A Sleepless Journey is a platformer focused on exploration, with metroidvania-styled progression. Collect stars, kill enemies and learn new skills to reach places you could not visit before. If you collect every star and kill each enemy once, maybe something nice will happen...?

Also unofficially supports some gamepads, but the controls shall be a secret.

If you want to read the source code or know a bug and want to report it using the issue tracker, you can find both in the project's Github repo: https://github.com/jani-nykanen/insomnia-a-sleepless-journey

Hi Jani,
why did you remove most of your games from your itch.io-page?
I loved to scroll through them. It was very inspirational. Not a lot no-engine-using gamedevs are around these days. Sure one can still find your games on github but without the nice descriptions and screenshots.

As others have said, this is a great little metroidvania! I really liked the upgrades you get, it kept me guessing as to how I'd be able to surpass an obstacle later down the line. My only gripe with the game was that the pause between screens can throw you off (especially when you're trying to jump to the top of a screen and jetpack on the next one). Overall, though, this was really fun and different locations were very memorable so I didn't feel like I was lost at any point despite the sprawling nature of the level.

Thanks for making this!

how the hell do you find the star down in right corner? i have found all the other stars but not that one, can you give a hint or a map to reach that one?

i finally found it, thanks for no help from you asshole

Amazing metroidvania! I like pretty much everything about it. It's insanely easy to get lost, therefore I haven't beaten the game yet. Anyone know how to get food to swim? I think that is what I need to do next.

Love this game! The graphics, sounds and gameplay is great :)

I sure love the style of these games of yours.
but I gotta agree with others, especially due to the many doors, you sure had to walk around quite aimlessly until you found that one crucial upgrade to explore newer areas of the map. Maybe somehow change the map to show a bit more stuff than merely which tile was already visited and the door connections?

still finished it though, good game :-)

Thank you for the feedback.

Yes, I agree that the map could definitely be more useful. I implemented it in a pretty late stage of the development, so it was a bit too late to make any major changes. That is definitely something I remember in my next metroidvania: more hints where to go next, and less backtracking!

Just as others I cant really tell how to make the map better without making it too easy.
Maybe like when you explore a tile, and say, there are obvious walls on the right and bottom and the top an left are open, the go ahead and on the map tile draw a border line at the bottom and right of that tile?
so basically after finding a room, draw the obvious walls of the room on the map (which doesnt say that these walls could be fake. they might be jsut visual walls. finding shortcuts by smashing yourself against every single one of these walls is the players job then).

I dont know, that might be useful to show the player, after running around in circles in the same 15 rooms, a basic layout of the explored rooms. cause, i mean, if you have run through the same room 20 times, it doesnt make much sense to still hide which of the rooms sides are open and lead to the next room tileand which are (visual or real) walls.
I dont know, I currently cant come up with any better idea to improve the map :-)


Edit: Also I dont really mind the backtrcking at all. but without having any sense of direction (which I literally only got after running around the map for like half an hour, where i started to remember which doors leas to where too) it is kind of hard.

I would leave the positioning of stuff as it is, jsut the map could be made more useful so the general "gotta find that one area which I remember vividly but have no idea where it was again" could be made more quick.
the amount of backtracking is really no problem, too linear games are too boring anyways :-)

I also agree with the backtracking being OK. I actually liked the game so it is no problem to navigate in it.

I couldn't remember how to reach the water place where you get the burger so i ended up drawing the outline of the map to find my way (no more than wall/roof/floor). If the map could do that automatically when a tile is visited, I don't think it would make the game really easier, just less tedious/player's memory intensive.

For the most part I liked it! Managed to pack a lot of Metroidvania into a fairly small map.

My only complaint really is that even with such a small map, I often found it hard to figure out where to go - trying to remember where the different pink block areas were to know when I could visit what areas after hitting the switches was a bit much sometimes. I ended up having to go over the entire map again to get the last two stars and monsters because I'd totally forgotten that the entrance to the two cell block was the block above that had simply been blocked by a pink wall the first time I'd been through. And I think I might have gotten to a couple of places early with some tricky jumps that threw me off, not realizing I should have gone another way first (because the other way had been blocked, and then I forgot about it, because there was no hint on the map that there was further to go).

Although with a map so small, maybe easier navigation hints (like Metroid's indicators of whether there's a path between two adjacent cells) might make it too easy, so I'm not sure I have any ideas.

Overall, nicely done though. Probably one of the better Metroidvanias I've played on here.

You are right, the map is a bit too hard to navigate and there is too much backtracking. This is something I noticed when doing the final playtesting, but then it was already too late to make any major changes (as I am afraid to make big changes since they sometimes break the whole game!). But thank you for the feedback, it is important to know what I did wrong so I can learn from my mistakes in my next metroidvania project.

I've really enjoyed your other Metroidvanias so I'm really looking forward to this one.

This one, like the others, will not save in FireFox. No problem saving in Chrome.

The saving issue only occurs on Firefox if you have certain security setting (local storage blocked on iframe). It is something I cannot fix, although you can try to run the game directly, without iframe, by following this link: http://v6p9d9t4.ssl.hwcdn.net/html/4722800/index.html

Then the saving should work, as far as I know.

I tried to run it directly, not via iframe, and still had the issue.

I have no problem needing to use Chrome for this game.

This is really fantastic stuff!  Some really fun mechanics and the usual high quality polish you have with your games.

Thanks so much for developing!

Huh, I was pretty sure the issue is iframe-related. Apparently your Firefox does not accept any kind of access to local storage. Well, that is good to know. 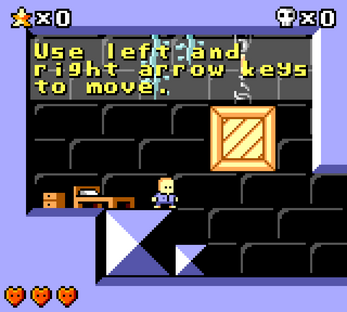 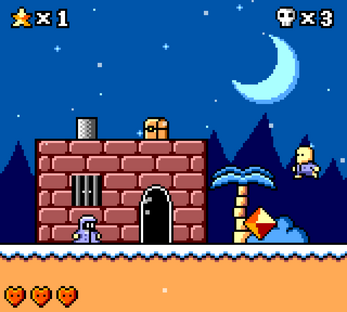 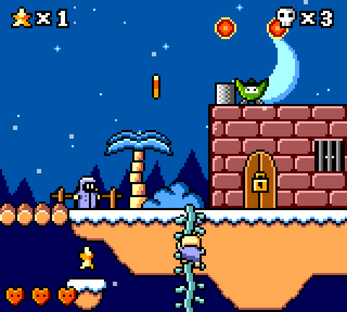 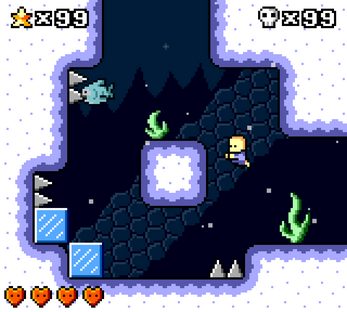 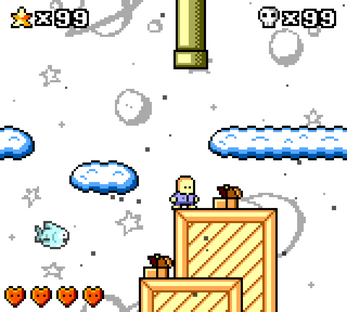